BARNEY BRANNEN has represented individuals and entities involved in civil litigation for over twenty years, with cases ranging from commercial disputes to employment, personal injury and divorce matters, particularly cases involving complex business and financial issues. He received his law degree from Harvard Law School, cum laude, and an MBA from Harvard Business School, with high honors (Baker Scholar), to supplement his previous experience as a certified public accountant. Barney is especially adept in handling matters involving difficult economic issues, including business valuation and forensic accounting. He has tried dozens of cases to juries and judges in state and federal courts in Vermont, New Hampshire and Massachusetts.

In 2004, Barney represented three dissenting shareholders in a case to collect the fair value of their shares in a privately held company, Chroma Technology Corp., winning a judgment of more than $900,000 for his clients; in 2009, he successfully represented G.R. Technology, Inc., a technology start-up, in simultaneous actions in Vermont state court and in federal district court in New Hampshire, to recover for breach of contract and theft of intellectual property rights; and in 2010, he represented the State of Vermont against R.J. Reynolds Tobacco Company, in which, after a five-week trial, a Vermont court declared the tobacco company’s advertising claim that one of its products was a “safer” cigarette was deceptive, violating Vermont’s Consumer Fraud Act, as well as the national Master Settlement Agreement; the same court subsequently imposed a permanent injunction against R.J. Reynolds and ordered the tobacco manufacturer to pay $8.3 million in civil penalties to the State. While the case was on appeal to the Vermont Supreme Court, the parties reached a settlement under which Reynolds paid the State $14 million, leaving the permanent injunction in place.

Barney has extensive experience in personal injury, medical malpractice, products liability and class action litigation; for example, he represented a plaintiff in a products liability action against Ford Motor Co., recovering more than $1 million from a Vermont jury, after the vehicle in which the plaintiff was a passenger rolled over, leaving the plaintiff paralyzed; Barney also represented a victim of childhood sexual abuse in a suit against the State of Vermont, establishing the victim’s right to sue when he later discovered a state agency had the duty and the opportunity to protect the victim but failed to do so; in a class action suit in New Hampshire, Barney established the class action plaintiffs’ right to obtain discovery in support of class action certification before disposition of the class certification question.

On June 3, 2013, the Court issued a further order imposing a permanent injunction against R.J. Reynolds and ordering the tobacco manufacturer to pay $8.3 million in civil penalties to the State of Vermont. The case ultimately settled for $14 million.
View PDF

In re Shares of Lee Madden, et al (Chroma Technology Corp), No. 185-4-01 Wmcv (Vt. Super. Ct., May 16, 2005) (Carroll, J., presiding).
Obtained judgment for $919,697 on behalf of three dissenting shareholders seeking to obtain fair value for their shares, based upon valuation of a closely held corporation.
View PDF

Earle v. State of Vermont, 170 Vt. 183, 743 A.2d 1101 (1999)
Adult who was abused as a child, while in the custody of the State of Vermont’s Dept. of Social and Rehabilitative Services, could maintain an action against the State as long as he sued within the applicable limitations period following discovery not only of the abuse but also of the fact that the State agency could have prevented his abuse but failed to do so.

Thompson v. Dewey’s South Royalton, Inc., 169 Vt. 274, 733 A.2d 65 (1999)
Established right of relatives who sustained a loss of support on account of the death of an intoxicated driver to sue the taverns who overserved alcohol to the driver under Vermont’s Dram Shop Act. 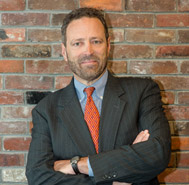 Admitted to practice in Vermont, New Hampshire and Massachusetts, and in the U.S. District Courts for the districts of Vermont and New Hampshire.